Price Depends on product optionMake a selection to update price 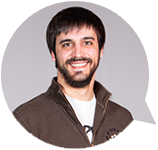 The Intrinsically Safe Replacement Sensor COSA Xentaur HTF is certified for use in Class I Division II hazardous locations. The Xentaur Hyper-Thin-Film (HTF) AL2O3 Moisture Sensor Technology model XDT uses a Xentaur HTF Aluminum Oxide sensor. The breakthrough HTF sensor technology represents advances in thin-film and metal oxide sciences and offers significant performance advantages over all other aluminum oxide sensors. The operating principle of the HTF aluminum oxide sensors is that a hygroscopic layer of aluminum oxide adsorbs or releases water molecules within its pores, depending on the water vapor pressure in its environment. The electrical capacitance of the aluminum oxide layer changes with the surrounding water vapor pressure.

The electrical capacitance is measured between the aluminum core of the sensor and a porous conductive gold layer on the outside. The advantages of the HTF sensor technology are a result of the proprietary manufacturing method in which the aluminum oxide layer is made to be hyper thin as well as extremely hygroscopic. This results in a very sensitive sensor with a fast response.

Let us know what you think...

What others are saying

We do our best to offer free shipping to you location on all orders.

If we can not offer free shipping you will see the shipping price clearly in your shopping cart prior to order. Please reference our shipping policy for details.

We’ve Got Your Back

Priority Help When You Need It Most
Join Premium Protect Service And Receive: